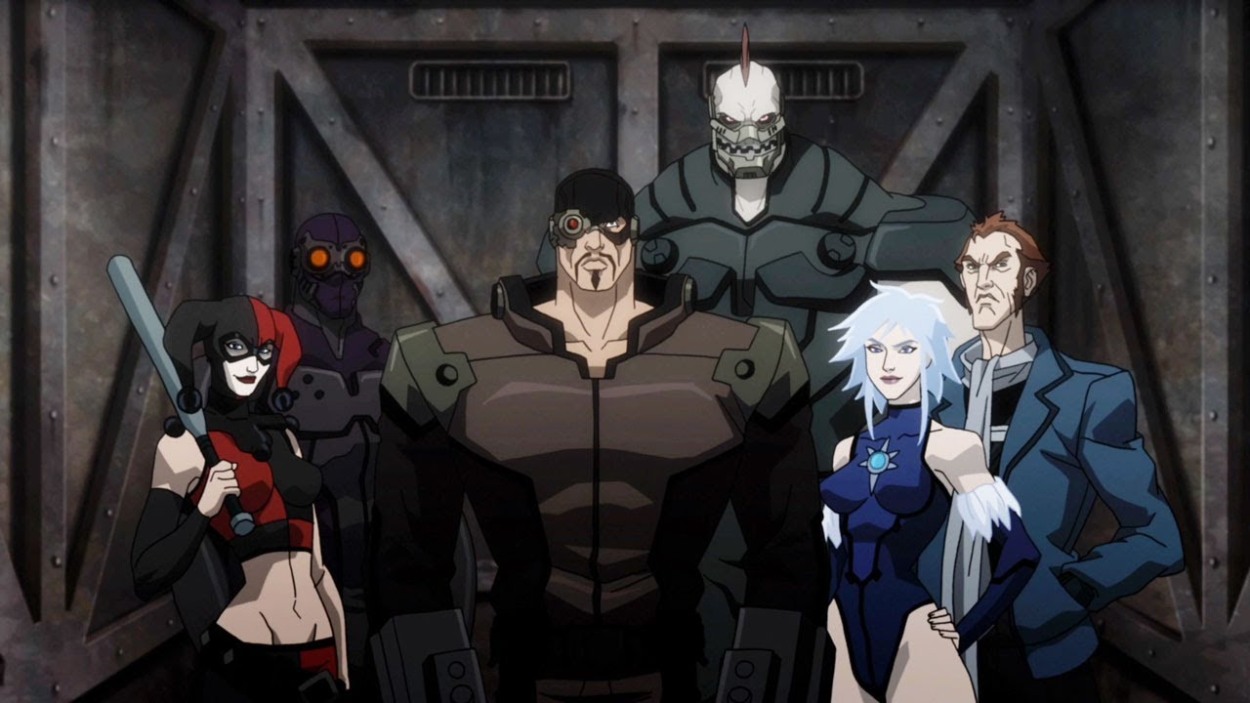 Much like Marvel did with Guardians of the Galaxy, DC has been placing Suicide Squad in shows and video games before making their big screen debut. There’s been at least two episodes of Arrow featuring them (the first one is pretty great). They even got a mini-level in Lego Batman 3: Beyond Gotham. Hell, they popped up on Smallville long after I stopped watching. I’ve avoided seeing Suicide Squad so not to skew my opinion before watching Assault on Arkham.

After ARGUS fails to capture the Riddler, Amanda Waller reactivates Task Force X. The mission: infiltrate Arkham Asylum and retrieve the information the Riddler has. Made up of imprisoned super villains, they’re offered a commuted sentence upon completion of their mission. If they survive, that is. That’s why they call  ’em the Suicide Squad. Compromised of Killer Frost, King Shark, Captain Boomerang, Black Spider, KGBeast, Harley Quinn and led by Deadshot. Breaking into a maximum security prison for the criminally insane is the least of their worries when the Joker gets shuffled in the deck. 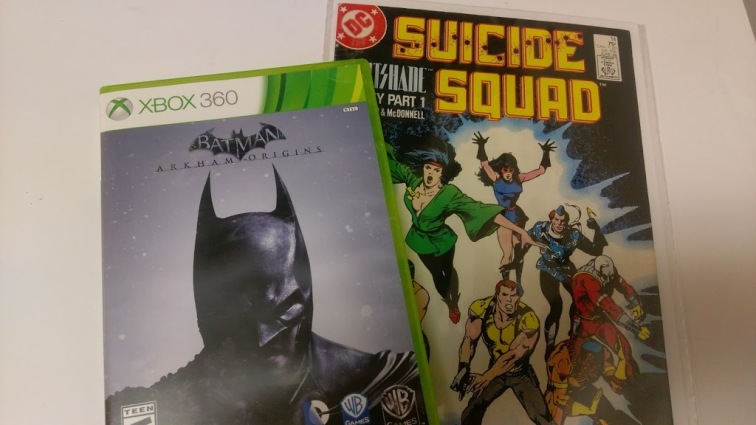 Assault on Arkham is a sequel to the 2013 video game Batman: Arkham Origins. I don’t want to waste the space talking about Origins and it’s [many] shortcomings as a prequel to a great video game series. Let’s critique this movie using a compliment sandwich. I’ll say something positive, followed by a negative and lastly a positive statement. the voice acting is pretty good. The voice acting is pretty good. No surprise here, voice director Andrea Romano close to, if not every, DC Animated project since Batman: The Animated Series. The story is pretty limp. But there’s some fun references and visual nods to other Batman adaptations, much like the games.

Okay, I lied. I’m not done. I hated this movie. Yes, the voice acting is good, for the most part. Thanks to voice director Andrea Romano. Neal McDonough is great as Deadshot. No doubt that Kevin Conroy is Batman, but this outing feels like he’s phoning it in. Matthew Gray Gubler’s take on Riddler is different than the game’s but still interesting. Troy Baker is stuck aping Mark Hamill as the Joker. I didn’t mind it in the game, but it feels off here. And are you trying to tell me Tara Strong was too busy to voice Harley Quinn? Hynden Walch’s turn as the character comes off like an insincere imitation.

DC’s biggest problem is its constant need to be “edgy”. If you’re constantly trying to be evocative, like for 30 years, do you really have much to say? People die and there’s sideboob. Whoopty shit. For being a prison movie you’d think there’d be a shower scene. Guess we’ll never know if Two Face’s junk looks like the rest of his body.

I wonder if there was a planned Suicide Squad game that was abandoned. After the end credits of Arkham Origins Amanda Waller approaches Deathstroke, recently captured by Bats, about Task Force X. In the PSVita and Nintendo 3DS exclusive sequel to Origins, Blackgate, Waller and Rick Flagg show up in the end credits. But, no game. I wouldn’t hold my breath for that release.

Prequels are rarely compelling. It was smart of the writers to include character not seen in previous or future games. Of course that’s only to kill them. Some of Arkham’s Finest show up during the prison riot. Bane smashes shit only to end up in the river. Same thing happened to him in Arkham Asylum.  Poison Ivy shows up to wreak havoc in the Atrium. Which she did in Arkham Asylum… Hey, it’s Two-Face! At least he doesn’t show up until Arkham City. What he’s gonna do? Shoot two guns at the same time… okay, then. There’ such a rich history of Batman and the first two games did a great job of making it all lock into place. Show The Ventriloquist some love. Or maybe a thoughtful teaser, like Hugo Strange. But what do I know?

Two years ago I noticed a new tap handle popping up in bars. A sleek silver handle topped with a bright LED light bulb (If I had thought it out I would have taken pictures, but that would have gotten in the way of drinking). It was from a new brewery that had just started distributing to bars, Modern Brewery. Unlike most breweries in St Louis, Modern didn’t open with a tasting room. If you wanted to try their beers, you had to hunt them down in the wild. But at the end of 2015, Modern Brewery opened a tasting room with limited hours on the weekend. 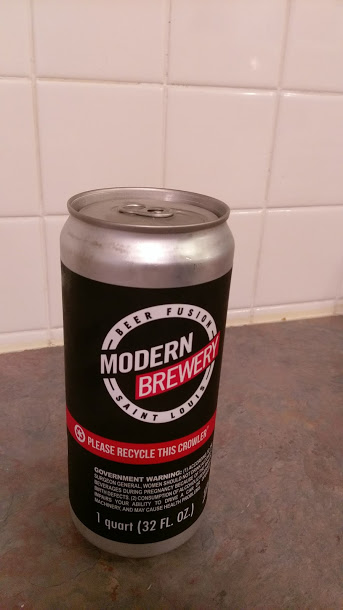 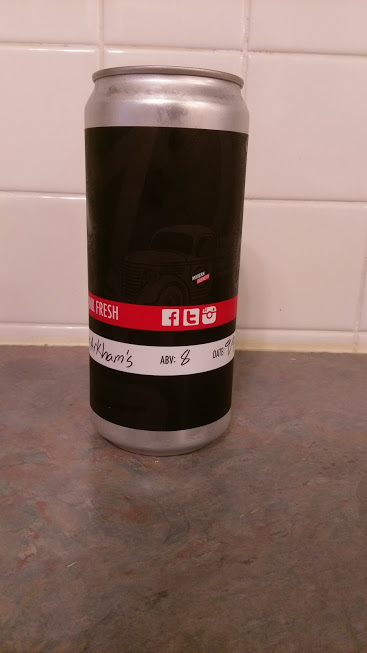 Arkham’s Finest is a seasonal Imperial Stout that clocks in with an ABV of 8%. Modern teamed up with local roasters Kuva Coffee for a cold brew of their Cafe Peru Chilchos beans that gives the beer a lot of roastiness up front that lasts the whole sip. If this wasn’t enough, Modern enlisted local chocolatier, Rick Jordan to supply a unique chocolate for their stout. What’s so surprising about this madhouse is how drinkable it is. And if that wasn’t enough, Modern has two variants. Block B is aged in Rallypoint Rye Whiskey barrels from local distiller StilL 630. And finally Sylar is a blend of Block B and Arkham’s Finest aged in red wine barrels. The variants are not available to go.

I attended the release party for Arkham’s Finest at the beginning of the month. Going to a release party that isn’t selling bottles is such a great change of pace. To really kick it off Modern invited all their collaborators to help party Kuva Coffee was giving out samples of their cold brew. StilL 630 was slinging tastes of various whiskeys. And Mr. Rick Jordan had gobs of chocolate on hand. Again, taking pictures would have been smart, but I was too busy having a good time.

I suppose now I have no excuse to avoid the other Suicide Squad movie. Time to determine which one is a bigger waste of time. I’d argue both without a drink in hand. You’re gonna need it.